Warning: sizeof(): Parameter must be an array or an object that implements Countable in /homepages/14/d120367860/htdocs/inth/wp-content/plugins/wordpress-firewall-2/wordpress-firewall-2.php on line 300
 C is for… Competency Mask | The A-Z of Project Management Survivial

Sometimes all is not what it seems. And this is where your powers of observation have to be at their sharpest. Some arses have a competency mask. It can take many forms but what it can do is give the impression to the untrained eye that they might be “OK” or “capable”. 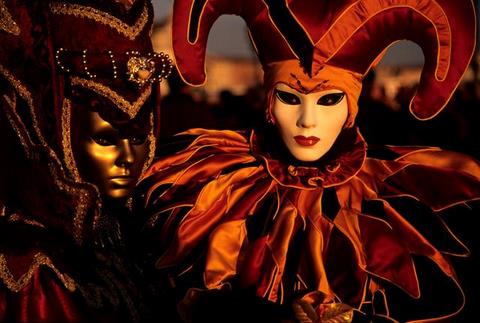 Surely you’re jesting…
Here are a few things to watch out for:

Dress
Yes, as unbelieveable as it seems. Someone well presented can sometimes fool you into thinking they are not an arse. Suit, dress, good looks, tan, whatever it is, might give the appearance of ‘sharpness’. Don’t be fooled, don’t make any judgement until they speak. After all, when they turn round they might have a sticker that says ‘elbow’ on the buttock of their delightfully pressed suit trouser.

Vocabulary
Probably the most prevalent of all aspects of the Competency Mask, the language people use can often be a thin veil over an empty head. Modern business language has developed into a bizarre concoction of phrases and cliches that anyone can trot out and, if you are not paying attention, can make you think they sound plausible. Listen again. And, crucially, listen for content. Ask a difficult question and watch as the Competency Mask descends to cover the rapidly appearing glaze over the eyes.

Doing the Easy Stuff Well
Comfort zones are very handy. Especially when you need something to cover up the fact that you never actually contribute. Its simple to spot. Watch for people who quickly and repeatedly volunteer to do the easy stuff (before all the tricky actions are handed out). They sit back “well, I have contributed, I’m going to book the meeting room for the follow-up meeting, maybe I’ll arrange the lunch too, why not, no harm in over-delivering“. They are just doing stuff that anyone could do but getting paid far too much for it.
You see this in document reviews quite a bit, unable to stay quiet, the Competency Mask allows the person to make such massive contributions as suggesting a different font, pointing out problems in the page numbering/footer or suggesting a whole new pagination strategy. Arse.

The Real Art of Project Management and Software Delivery